The Grand Tour: the road to success or a highway to nowhere?

With a global audience of 350 million people, Top Gear has entered the Guinness Book of World Records as the most popular factual programme ever made. After Jeremy Clarkson’s 2015 ‘fracas’ led the original trio of presenters to look for a new home, Amazon saw off fierce competition to nab the BBC’s most lucrative talent.

Clarkson, Hammond and May didn’t come cheap. Amazon reportedly sank $250 million into commissioning The Grand Tour, which has its much-anticipated premiere this Friday on the company’s subscription video-on-demand (SVOD) service, Amazon Prime.

A new age for old content
With a familiar team at the helm and a budget that eclipses any episode of Top Gear, there’s little doubt The Grand Tour will be top-notch content. However, in one regard the show is on shakier ground: bringing popular broadcast content to a SVOD format.

While The Grand Tour is intended to attract new subscribers to Amazon Prime, Top Gear fans will be used to a seamless, broadcast-quality experience. Amazon can’t afford to jar audiences out of the show with buffering, jitter, or errors. Ultimately, fantastic content marred by a shoddy user experience may do Amazon Prime more harm than good.

Replicating the broadcast experience online is a considerable challenge, especially with Amazon planning a simultaneous global release for The Grand Tour. While Top Gear was broadcast traditionally on Sunday evenings and available for catch-up via iPlayer streaming to UK audiences, the scale of task facing Amazon is far greater. The firm will need robust infrastructure to support stratospheric global demand, as millions of subscribers try to steam the show moments after its release.

With 75% of viewers abandoning a poor video experience within four minutes, Amazon Prime must deliver a flawless service, around the clock and across the globe, to avoid churn. Additionally, it can’t rely on low resolutions to reduce the strain on its infrastructure. While SVOD was once confined to computers, tablets and smartphones, internet-enabled smart TVs and new technologies like Amazon's Fire Stick are bringing streaming services to the unforgiving big screens in the living-room.

A poor user experience could also exacerbate today’s rising level of digital piracy, which is already badly affecting the worldwide entertainment industry. In fact, piracy of films, music, video games and television programmes now makes up almost a quarter of total Internet bandwidth. Undoubtedly, Amazon would not be keen to see The Grand Tour surpass Game of Thrones as the world’s most pirated show.

What’s under the hood?
While SVOD currently accounts for only 3% of total viewership in the UK, services like Amazon Prime, Netflix and Hulu are rapidly rising in popularity and eroding market share from traditional, appointment TV on linear channels. Offering the convenience of anytime, anywhere viewing, SVOD is expected to reach around 200 million households by 2020.

To continue this upward trajectory, SVOD providers need to make smart decisions when it comes to both their infrastructure investments and industry partnerships. While Amazon Prime will take the blame if it can’t offer a seamless experience with The Grand Tour, a whole community of carriers, content delivery networks (CDNs) and ISPs are involved in bringing its service to viewers.

Data centres are a crucial part in this puzzle. To ensure a seamless experience that will keep customers coming back, SVOD services need to place content distribution nodes as close as possible to their most densely populated markets. That makes infrastructure at the centre of the world’s biggest cities critical to minimise latency for the maximum number of users and harness the ideal platform from which to store, cache and distribute content.

With a multitude of major CDN’s on-site, as well as a host of connectivity providers, colocation can help SVOD providers easily locate their infrastructure just a stone’s throw from millions of subscribers, while retaining maximum choice and flexibility when it comes to national and international distribution partners.

It remains to be seen if Amazon Prime has made the right infrastructure choices. If so, The Grand Tour might accelerate the popularity of SVOD services dramatically and provide a great blueprint for others to follow; if not, it will just drive subscribers around the bend. And on that bombshell…

Interxion’s content communities are hosted in close proximity to 11 of Europe’s most densely populated markets, providing direct access to over 78% of European GDP and over 90 million broadband households.

Learn more about how we can help you reach your audience here: www.interxion.com/why-interxion/communities-of-interest/content-hubs/ 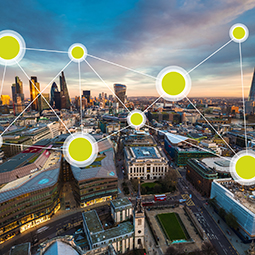 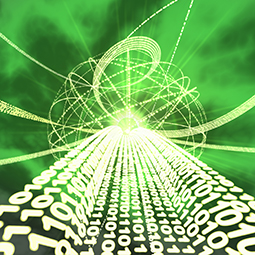 The reasons why Ireland is Europe’s data centre hub