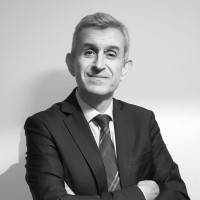 Richard joins Interxion: A Digital Realty Company in 2022 as Director of Security-Safety for France.

A former Army officer, he has had a full operational career with the Paris Fire Brigade where he was Chief of Staff until the summer of 2022.
He also had the opportunity to hold several positions abroad (Brussels, Vienna) within international organizations such as the European Union, NATO, and the OSCE.
Richard holds a general engineering degree and a Master's degree in global risk management from the Ecole Normale Supérieure de Cachan.
His main missions are to organize and monitor safety and security processes and operations, plan and manage upgrade projects in his field, and contribute to the evolution of security policies and concepts within the group.