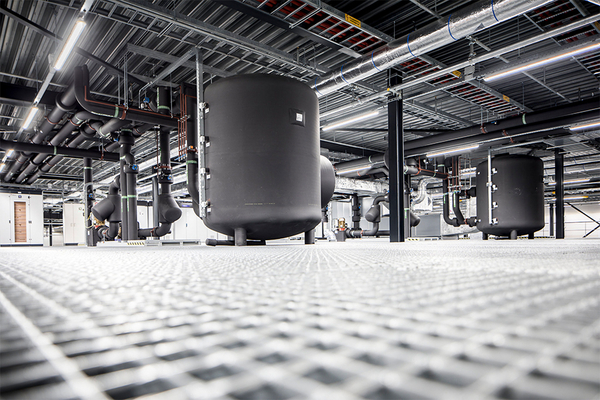 By: Tom Gorman, Director of Operations

As temperatures increases, how can organisations maintain connectivity and uptime?

Summer heatwaves - a cause of celebration for sun worshipers and tourism.

But hot summers also present a hidden potential threat for any organisation's infrastructure. As temperatures rise, so too does the pressure for on premises data server rooms and data centre infrastructure, which if not sufficiently cooled, can fail. While people think of cloud computing and the internet as something ethereal, it is a physical infrastructure that needs constant monitoring and maintenance.

Sudden outages disrupt customers and could potentially be harmful to an organisation’s reputation. British Airways learned this in 2017 when a worldwide IT failure of their systems lead to flight cancellations and delays over a bank holiday weekend. In one outage, 400 flights were cancelled and 75,000 passengers. Initially, the data centre failure was attributed by the CEO of British Airways to a power surge and a back-up failure, but speculation points to overheating as the cause of this massive IT failure. The British Airways data centres were constructed in the 1980s and were not built with today’s large-scale internet data usage in mind. As a result, the building was not equipped to deal with the excessive ambient heat generated on that sunny day combined with the scale of data usage. Thus, the equipment shut down to protect itself from the overheating. This is not an isolated incident, in 2013, overheating shut down Microsoft’s data centre for a whopping 16 hours.

Data centres need to run efficiently as well as sustainably. EkkoSense ran a study on 128 localised data centres in the UK and found 78 per cent of them were running too hot. Data centres that are running too hot are, potentially, consuming too much energy or not using the energy efficiently, so it is a cause for concern. This ambient overheating contributes to the likelihood of a complete shutdown of servers, impacting users around the world, potentially leading to data or equipment loss.

Where organisations have built data centres or server rooms on premises, there may be a lack of design consideration around the physical power consumption and cooling requirements to meet current and future demands as a business grows. This lack of virtual headroom, coupled with a sudden spike in ambient temperatures, could lead to connectivity issues or complete systems loss.

Now, with the combination of a dramatic uptake of digital services due to the pandemic and increasing temperatures, how long can your  organisation tolerate the risk of an outage to a critical platform or customer service, leading to both financial and reputational damage, due to warm weather and badly designed infrastructure?

How to avoid a summer meltdown

For example, these are the steps we take:

With ever-changing and increasing digital demands placed on an organisations’ online services coupled with the legal and reputational impact of any service outage, why risk keeping on-premise
servers and data centres that cannot scale to meet sudden spikes in temperature and demand due to a nice summer?