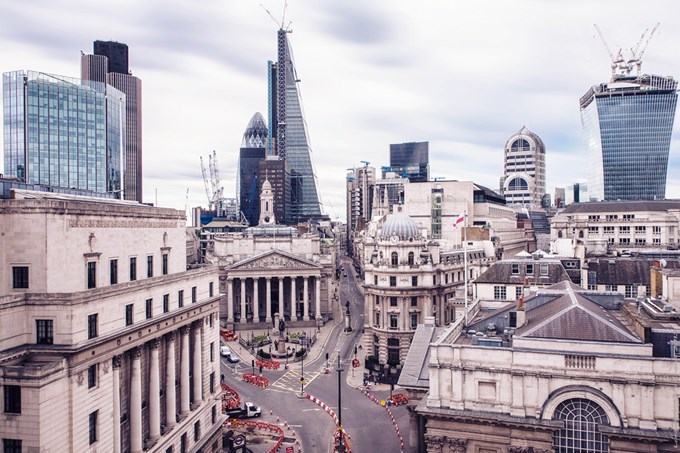 Since the founding of Roman Londinium around 43 AD, the capital has been a thriving national centre of industry and commerce. Appropriately for a city that would build a reputation as a centre of innovation, the name Londinium derives from the Celtic word ‘Londinios’, meaning ‘the place of the bold’.

More than a millennium later, with the birth of the British Empire and the East India Company in the 1600s, London took on even greater significance. The city rapidly became the global centre for finance and trade, with the River Thames allowing for the easy flow of goods. It’s no coincidence that The Royal Exchange first opened its doors at almost the same time, with commodities like wool and beer amongst London’s major exports into the nascent global economy.

The British Empire may be long gone, but 21st Century London has reinvented itself again. Whilst remaining a global financial centre, the city has also become a hub for digital innovators. With a quarter (24%) of all IT-related jobs now based in London, the city is indisputably the digital heart of the UK, but it’s also the technology capital of Europe. In fact, London has the fifth largest economy of any city in the world.

Just as goods once flowed along the Thames, the lifeblood of the capital’s businesses now flows at the speed of light through data cables providing vital connectivity to the USA, Europe, Africa and the Far East. Today, the thriving digital innovation in London’s ‘Tech City’ is estimated to be employing almost 200,000 people and adding £18 billion to the UK economy.

The factors that made London a centre for innovation in the 1600s are still at work today: the city is a melting pot of different firms, skills and approaches and offers a widely spoken language, accessibility and stability. According to professional services firm EY, more than 1,000 technology investment projects from around the world moved to London in the last decade - more than the next most attractive European city, Paris (381), and, in fact, more than the whole of France (853).

There is a direct link between London’s long history as a commercial hub and today’s skyrocketing digital innovation. Abandoned factories, warehouses and abandoned spaces from London’s past have proven to be perfect places to house the cutting-edge data centres that power today’s digital economy; more than 70 are now located in the capital. As London looks ahead to new digital evolutions, like the Internet of Things, artificial intelligence, robotics and software-defined networks, its seems clear that the city is ideally placed to adapt and step up once again.

With one of our own data centres located in The Old Truman Brewery, which traces its beers and stouts back to the 17th Century, Interxion understands the deep connections between London’s past and future. Today, our colocation facilities are empowering customers with the proximity to their chosen markets, consumers and GDP, best execution performance and the reliability that modern business demands; hence, minimising the risk and maximising the reward. Our diverse interconnected customer base illustrates exactly why London will continue to be a major centre of innovation: this is where the action is and has been for a very long time.

Let’s drink to that!