How we transformed Marseille into Africa’s biggest connectivity hub 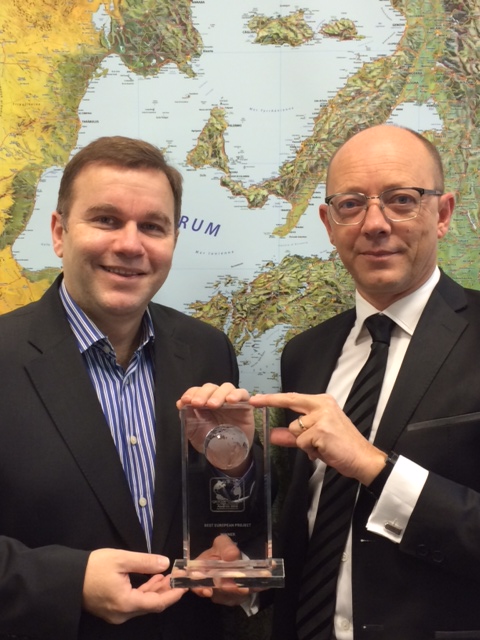 This week Interxion won the Best European Project award at the Global Carrier Awards in Paris. This was in recognition for the improvements we’ve made to our data centre in Marseille (MRS1), which we acquired in 2014. Other winners included DE-CIX for Best Internet Exchange and Hibernia Networks for Best Subsea Innovation.

For us the MRS1 project was unique. Our acquisition of a data centre in Marseille in August 2014 was the first time we had acquired an existing facility, having built all of our other 39 data centres. We set out to transform the facility from a tired transit point into a modern facility in which a rapidly growing carrier community could exchange traffic and partner with one another.

11 submarine cable systems originating from Asia, Africa and the Middle East terminate in Marseille, and we saw the enormous potential the facility had to transform how these continents connect to Europe.

The technical and operational standards present in the facility when Interxion acquired it were well below the standards expected by the wholesale carrier community. A major hurdle was modernising these capabilities in a short timeframe (between purchase in August 2014 and re-launch of the facility in April this year).

An even bigger challenge was transforming market perception. Data centre operation was not a core business focus for the previous owners of the facility. Consequently the technical and service standards in the facility were poorly perceived by the wholesale carrier community. So we set out to update the community on the transformation that we made over the past 12 months.

There has been a highly positive response to the investments we have made as part of this project and MRS1 has become a strategic network location for many carriers and connectivity providers. The facility now acts as a gateway between other continents and Europe. It is the location where international networks, who carry traffic on the submarine cable systems, meet carriers with Pan-European reach.

MRS1 is also now an ideal location for content providers serving African markets – a strategic location for their servers in an established high quality facility, where they can benefit from the high density of networks present. Marseille is now on the way to being Africa’s largest peering hub.

So our thanks go to Capacity for recognising our efforts and of course for a fantastic evening. You can find a full list of the winners here.